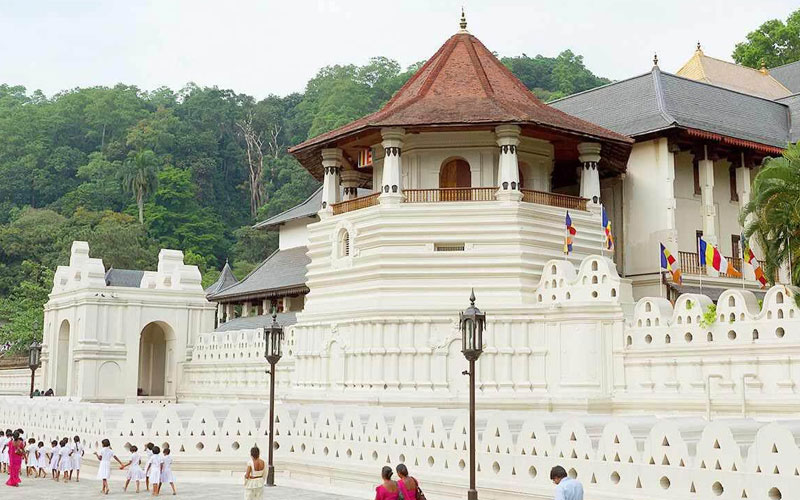 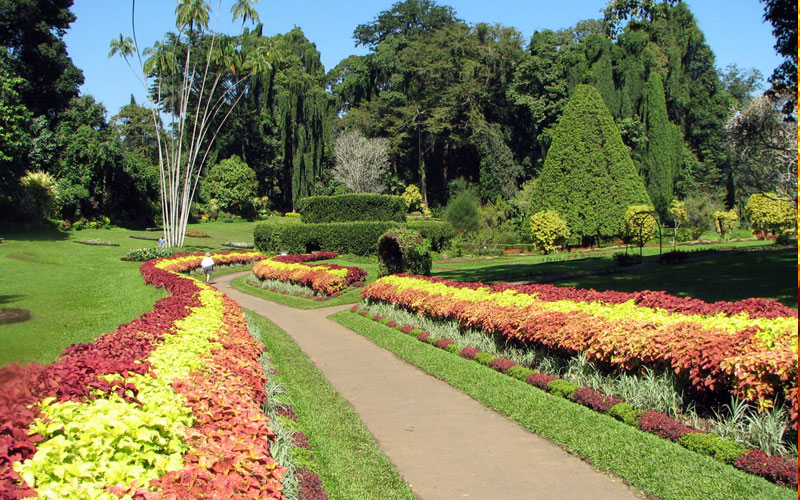 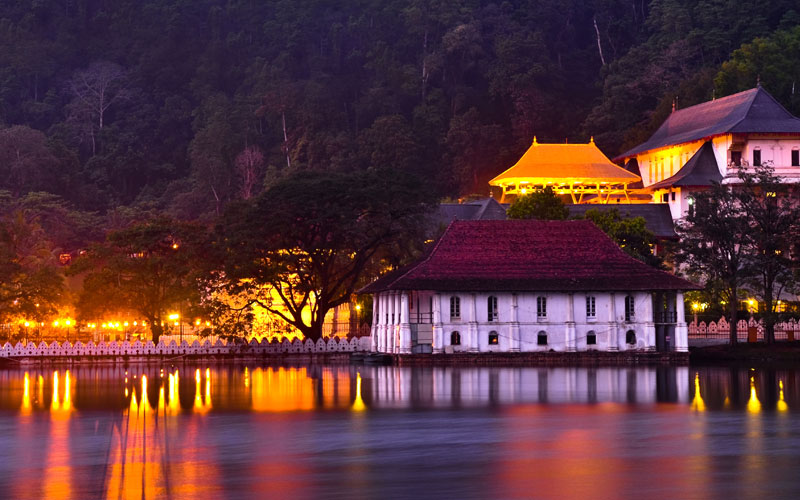 Nestled amidst lush mountains in the north of the island’s hill country, the Royal City of Kandy, 116km from Colombo, was home to Sri Lanka’s last independence kingdom, surviving two centuries of colonial incursions by the Portuguese and the Dutch before falling to the British in 1815. The legacy of this proud tradition lives on today in the form of the city’s distinctive architecture, art and dance.

Home to the sacred relic of the tooth of the Buddha, a visit to the Dalada Maligawa or Temple of the Tooth, is an experience no tourist should miss. Said to have been snatched from the Buddha’s funeral pyre and smuggled to Sri Lanka in the hair of a princess, the tooth relic is of great spiritual significance and considered the island’s most prized possession. Each year in July / August golden casket of the tooth relic is taken around the city in the world famous procession – Esala Perahara. This is a spectacular display of medieval pageantry that includes caparisoned elephants, fire dancers and Kandyan drummers.

Stroll around the beautiful lake, the centerpiece of the town and explore the numerous temples perched on the hills. Experiencing the pulsating drum rhythms and colorful traditional dances at a cultural show is another must, as a ramble through the Royal Botanical Gardens at Peradeniya, 6km south of the city. Kandy is also the best place in Sri Lanka to study meditation.